What Makes the Difference Between Pretty Good and Great Acoustic Stringed Instruments? 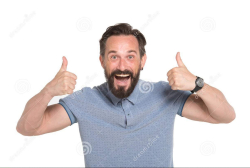 Before I start, what are the criteria for judging the sound quality of musical instruments? I hope that the reader can agree that this is largely subjective, and often, culturally relative. Take the Great Highland Bagpipe. That there are two kinds of people in the world; those who love the bagpipes and those who hate them has been attributed to many, including, as I recall, Winston Churchill. Many of us love (at least in limited doses) the uillean pipes; however, I have known many Irish, meaning those who actually live in Ireland, who refer to them as “rat-chasers”. Finally, some might describe an octave mandolin as a bouzouki that is too bassy and boomy, or a bouzouki as a thin and weak-sounding octave mandolin.

While the criteria for judging the sound quality of a musical instruments are, to some extent, subjective, culturally relative and even arbitrary, there are some sonic attributes of plucked acoustic stringed instruments, which I believe are widely accepted as desirable, such as:

It can be demonstrated that high-end instruments and cheap instruments differ greatly with respect to the aforementioned attributes. See Can you hear the difference between a $200, $2,000, $20,000, and $200,000 guitar?

I would argue that achieving the aforementioned criteria boils down to three things: materials, design and workmanship (i.e., “lutherie magic”).

Many lutherie geeks (including yours truly) are familiar with the fact that Robert Benedetto made a few guitars mostly from essentially lumber yard materials, knots and all; and they sounded really good. You can find photos of these instruments in his seminal book on designing and building archtop guitars. This notwithstanding, quality of materials (actually, type and quality), especially for the body components, generally does make a huge difference in how good the instrument sounds.

At the most basic level, in general, well-dried solid wood sounds better than laminated wood, with the exception of necks. One is more likely to see a 3- or 5-piece laminated neck on a high-end instrument than a cheap one.

Design plays a huge role vis-à-vis the sound of an acoustic stringed instrument. Design combines art and science, so it can be based on naïve physics, textbook physics or even informal observation and other anecdotal evidence. All of these have proved valuable in the design of musical instruments.

Based on naïve physics

Naïve physics or folk physics is the untrained human perception of basic physical phenomena (https://en.wikipedia.org › wiki › Naïve physics). Put another way, these are terms for people spontaneously understanding the workings of the physical world. Contrary to scientific physics, folk physics is based on immediate human understanding of the nature of physical objects and intuitive human prediction of physical events in nature.

Naïve physics is, indeed, a legitimate approach for explaining physical phenomena like musical instruments, such as why a new bass bar design should make a violin sound better, or why Orville Gibson’s original mandolin design should make for a better-sounding mandolin. Sometimes naïve physics turns out to be right, but just as often ends up being debunked. The Virzi Tone Enhancer used by none other than Lloyd Loar in some of his mandolins is an example of the latter. Fortunately, the naïve physics knowledge of a gifted and experienced luthier forms a pretty good set of heuristics (roughly, rules of thumb) for designing and making an extraordinary instrument.

Based on textbook physics

One could think that if a musical instrument is based on scientifically derived physics principles, “what can go wrong?”. Actually, a lot can go wrong. As with any application of scientifically derived principles to making real-world artifacts, such as a bouzouki, there is a huge gulf between theory and practice. For starters, the number of variables requiring measurement is astronomical (no pun intended). Things like actual (not simply average) hardness, tensile and compression strength, moisture content, the true flexibility of the wood, the optimal top and back arching for a particular string tension, and so on are, in practical terms, not even close to being directly measurable. That being said, the application of scientific. Referring once again to Lloyd Loar, his deep knowledge of scientific acoustical engineering principles, combined with his brilliance, contributed to arguably the best mandolin design ever (i.e., the Gibson F-5), certainly better than any previous design. Today, 1923 and 1924 F-5s signed by Loar sell in the $130,000 to $160,000 range!

Based on informal observation

Remember the heuristic knowledge mentioned above. A master luthier (not just a repair person) approaches the design of a new instrument with all sorts of heuristics (i.e., rules of thumb) in his or her head. For example, the luthier has the idea that a neck made entirely of hard maple (aka rock maple or sugar maple) is going to absorb far few body vibrations than say, a neck made of mahogany. This will result in a completely different tone for the completed instrument. Or, a top with a significant induced arch (i.e., a slight arch produced by bracing with a certain radius (e.g., 25’) on the glued surfaces of the braces) will have better sonority. In the violin world, this is called “pre-springing”. I could go on ad infinitum.

A lot of what we call workmanship can be seen; things like clean glue joints, cleanly scraped surfaces, neatly installed purfling, etc. Those aspects of workmanship that contribute to sound are mostly invisible. These include things like:

Posted at 02:59 PM in About Rickert & Hale, Our Instruments, Technical and Opinions | Permalink | Comments (0)